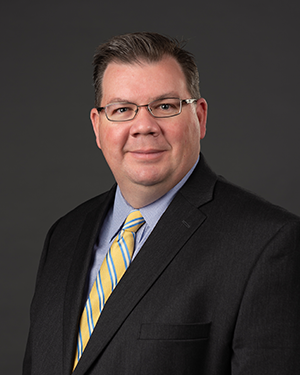 David is a partner in the firm’s Belleville office.   David’s practice involves the representation of railroads in Federal Employers Liability Act cases, land matters, general corporate matters, as well as toxic tort matters.  He also represents doctors and hospitals in medical malpractice matters, and  has a growing concentration in the field of local governmental law, including county and municipal law, water districts and port districts.  He serves as legal counsel to the Zoning Board of Appeals of St. Clair County, Illinois, a populous Illinois county in the St. Louis Metropolitan Area.  David has served as an Assistant State’s Attorney in St. Clair County handling civil, zoning and environmental matters for the county and its governmental departments and was the President of the St. Clair County Bar Association from 2017-2018. Currently, David  serves as a special Assistant State’s Attorney in St. Clair County.  He also serves as an arbitrator for the Twentieth Judicial Circuit Court, St. Clair County, Illinois.

David is general counsel to the Ainad Shriners, E. St. Louis, IL,  and is currently the Chairman of the Board of Governors at Shriners Hospitals for Children–St. Louis, Missouri.  In 2018, David was appointed to the Illinois Fifth District Committee on Character and Fitness by then Illinois Supreme Court Chief Justice Karmeier.

Away from his law practice, David is very committed to volunteering for several civic, charitable and fraternal organizations to which he devotes his time.  David is also an avid outdoorsman and enjoys golf.   David and his family reside in a small, rural Southern Illinois town where the Schneidewind family has long had its roots.

Plaintiff v. Nursing Home. Circuit Court of Montgomery County, Illinois. Wrongful Death Case. Mr. Schneidewind second chaired in the trial of this case representing a nursing home. The plaintiff alleged that plaintiff’s decedent suffered a comminuted fracture of her femur and subsequent death as a result of being dropped by a nursing home employee. Jury verdict for Boyle Brasher LLC’s client.

Organization v. Farming Corporation. Mr. Schneidewind second chaired and represented the defendant, a large farming corporation, in this jury trial which involved a property dispute and water rights action tried in the Circuit Court of Clinton County, Illinois. Plaintiff alleged that it suffered harm from defendant clearing trees for farming purposes and directing water upon its property. A defense verdict was obtained from the jury.

FELA Plaintiff v. Railroad. Kentucky. Mr. Schneidewind successfully obtained a dismissal of plaintiff’s case which sought damages for plaintiff’s cancer which was allegedly caused by radiation exposure while employed by the railroad defendant. Boyle Brasher LLC successfully argued that plaintiff’s claim was outside the time in which suit could be filed under the applicable statute of limitations. Mr. Schneidewind handled the appeal and was successful in obtaining an affirmation of the lower court’s ruling. He was also able to file pleadings that persuaded the Kentucky Supreme Court to decline discretionary review of the lower courts’ decisions.

FELA Plaintiff v. Railroad. Kentucky. Mr. Schneidewind successfully obtained the dismissal of two causes of action seeking damages arising from alleged occupational exposure to asbestos for plaintiff’s failure to prosecute the causes of action. On appeal Mr. Schneidewind was successful in obtaining a ruling from the Kentucky Court of Appeals affirming the lower court’s decision.

Local Municipal Representation. Mr. Schneidewind successfully negotiated on behalf of several local municipal entities to obtain concessions from a hauler of equipment that weighed in excess of 1,000,000 lbs. across municipally controlled roadways.

Multiple office locations to serve you!